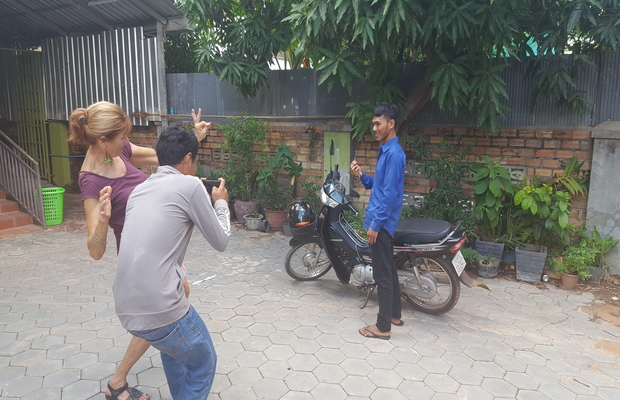 After the very interesting introduction of the film workshop (just before Khmer New Year) which I wrote about at the time, Chorn and Chhen continued to show interest in the subject. So together we decided to pursue the subject. Having more camera and editing skills could be very useful for Panha Sabay in the future as well. And because it is good English practice too, they started a do-it-yourself-course of Movie Maker (which is mainly an editing tool).

Even more exciting was the follow-up workshop of Ilse last Saturday. The three of them made two picture-movies in the alley in front of the office. With Ilse around you easily overcome your shyness and so Chorn and Chhen were not only handling the camera (smart phone) they were also the star actors. And even though it was mostly fun practicing, I was impressed by their results. Well done (and lot of thanks) Ilse, Chorn and Chhen. 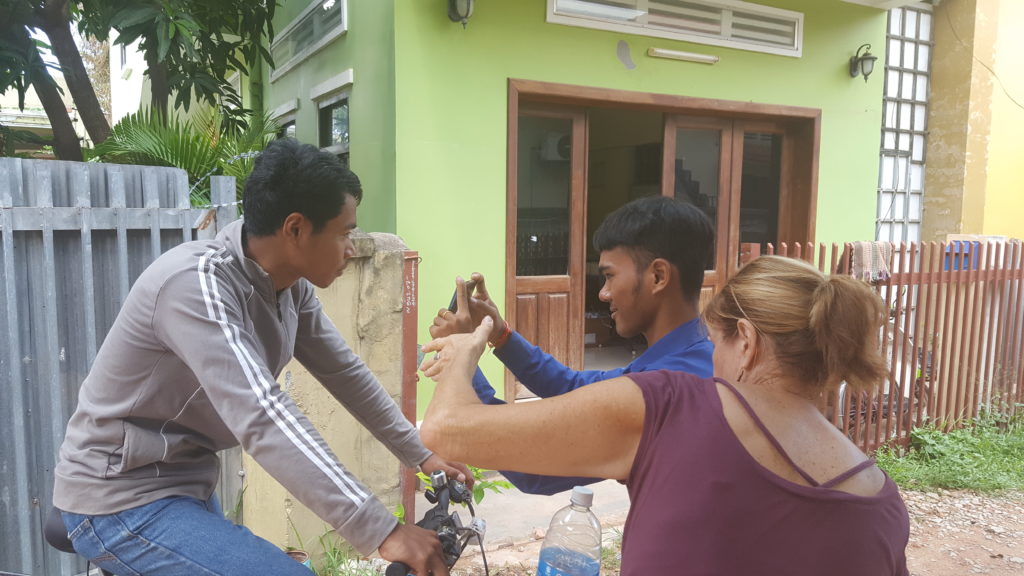 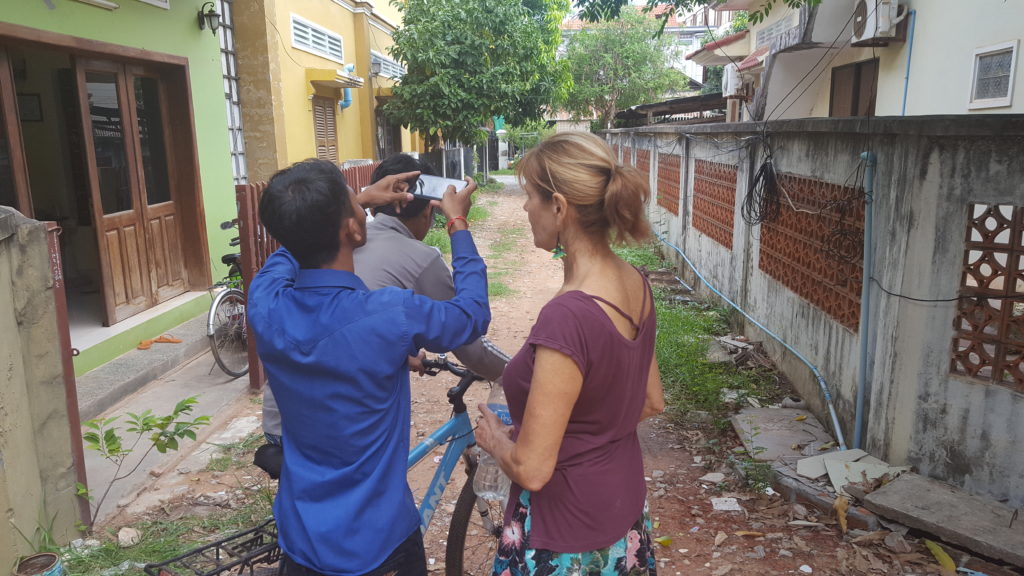 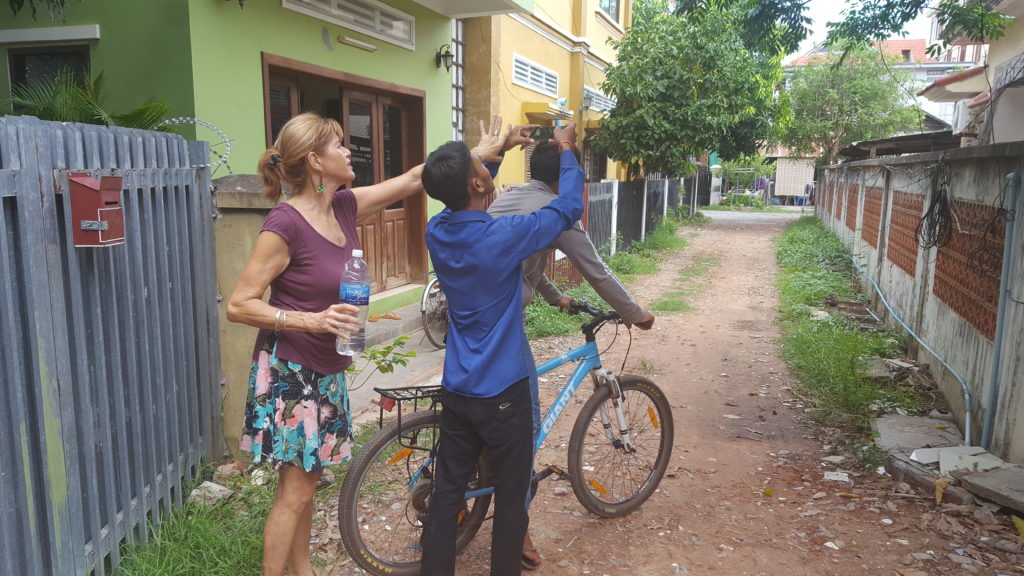 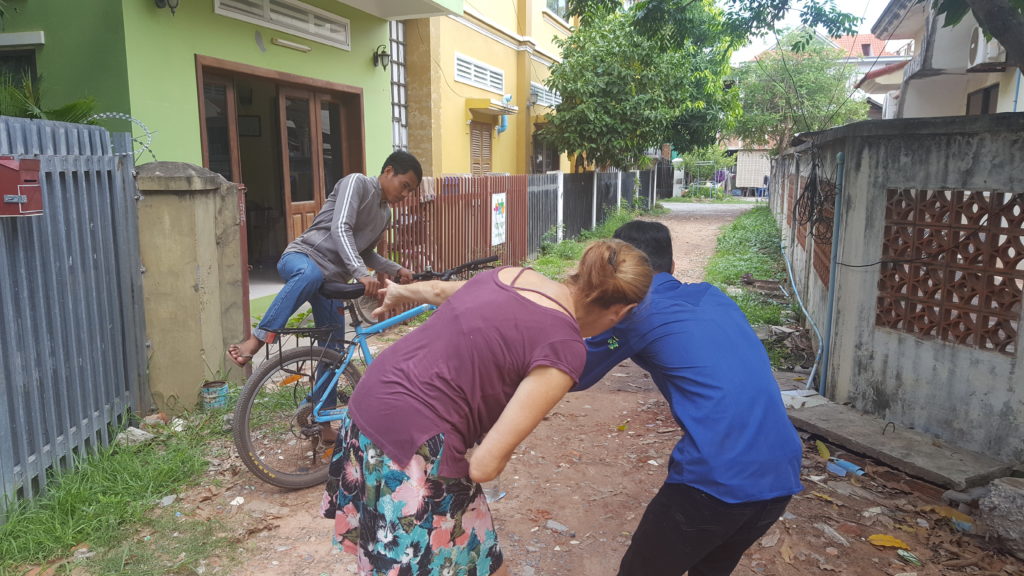 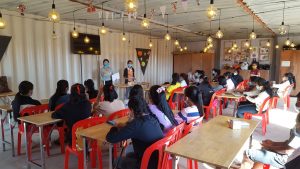 The Panha-Sabay-Training at ICF Cambodia

Xmas Season is coming up 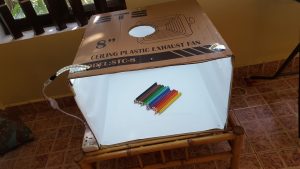 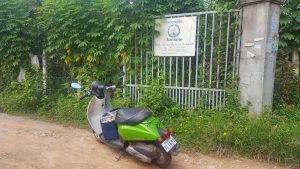 A big donation for Safe Haven 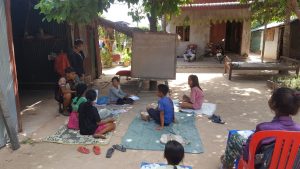 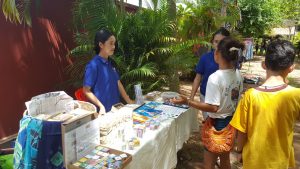